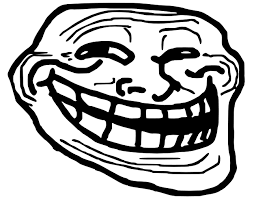 Today before church, my wife and I went to Bojangles to have some supper with some friends. While we were eating, someone sitting at the table adjacent to us turned and asked us a question concerning the gospel of Christ. He classified himself as an agnostic that believed in the existence of supernatural/unexplained events. He grew up a Jehovah’s Witness and claimed to have studied concerning the scripture. His name was Steve. His intentions were obvious. His only goal was to antagonize us concerning the faith that we hold. His question, and his argument against the Christian faith were as follows:

Steve asked a question concerning the great flood. He claimed to have once believed that God desired to have a relationship with mankind and that God’s primary attribute was love. He claimed to have questioned the faith because God blatantly, in his punishment of an evil and vile people, also punished their children. He claimed not to be able to trust in a God who would commit such an atrocity, especially if that God was supposedly a God of love.

This man had no intention of listening to anything we had to say from the very beginning. Nonetheless we addressed his concern. It seemed that Steve only hoped to derail our own faith. I remember making this statement, “Christian scriptures are different from Jehovah’s Witness scriptures,” to which he replied, “No they’re not.”

Here is my first contention: this man, who seemed to be learned, was actually very naive concerning the very scripture and the very God he was questioning and arguing against. If we are to question something, especially something with a truth claim with such magnitude that makes it more important than physical life and death, any responsible and reasonable human being will devote time to at least exploring such a truth claim. This man had not. He based his entire knowledge of Christian scripture on his own experience in an entirely different religion with a scripture that is translated entirely differently than Christian scripture. This was not responsible or reasonable.

My second contention: because he was concerned so much about his own experience, his bias was completely centered around himself. In denying that the God in Christian scripture was just in His action, Steve claimed to know for himself the difference between action that is just and action that is unjust. To claim that any action is just or unjust is to claim a standard with with to measure the two. Nothing contained within nature can set a standard for just action in the same nature, therefore any standard for just action in nature must not be contained within nature. There must be a supernatural standard. Steve believed that there was something supernatural, and was unopened to even our offering some reading material on the subject. He was content with not understanding and critical of what he refused to understand. To be so is unreasonable and irrational. How can we know any truth if we refuse to understand? How can we rightly criticize if we do not understand what we are criticizing? It is impossible.

My third contention: the question Steve posed was a loaded question packed with negative bias. Steve may not have realized this and, unfortunately, we did not have time to discuss it further. Why would God kill so many people, including men, women and children in the great flood? This question assumes that any human being has a God given right to live in the first place. This is simply not the case. Let us look to scripture.

“And the Lord God commanded the man, saying, You may surely eat of every tree of the garden, but of the tree of the knowledge of good and evil you shall not eat, for in the day that you eat of it you shall surely die” (Genesis 2:16-17 ESV)

“So when the woman saw that the tree was good for food, and that it was a delight to the eyes, and that the tree was to be desired to make one wise, she took of its fruit and ate, and she also gave some to her husband who was with her, and he ate. Then the eyes of both were opened, and they knew that they were naked. And they sewed fig leaves together and made themselves loincloths” (Genesis 3:6-7 ESV)

Because of this act, rebellion against God, all of Adam’s descendants and Adam himself were cut off from God and were destined for death. This is the single event underlying the reason for God’s wrath and proclaiming the necessity of a Savior for ALL men and women. It is this portion of scripture (in the context of the great flood) that should point us to rephrasing the question posed. Asking why God would allow or cause any death and working tirelessly to answer that question creates an entirely anthropocentric (human centered) view of the problem of evil. This stance is irrational because the existence of a deity would qualify that deity as an independent being (or at least independent of man’s control). If we consider the fact that ALL people are destined for death, then any life giving action from God is an overflow of grace and love. Every human being deserves death and to say otherwise is to be selfish and unconcerned with a real purpose and a real God. The question we should be asking is not, “Why would God kill?” for the answer is obvious. Humanity chose death. The question we should be asking is, “Why would God save us?” and He offers to do just that through the sacrifice of Christ in our place. God is love. God is sovereign.

I hope that Steve will browse the web and come across this article. I am praying that he comes to a true knowledge of the one and only God. I realize how unlikely this is. So, to those who read, do not be guilty of being a Steve. If your name is steve, I am sorry the terminology. Even Christians become guilty of not exploring truth and of not thinking rationally through very real questions. Every worldview has issues that must be thought out, unless no worldview is claimed. Even not claiming a worldview is a view of the world and must be though out. We must not fear questions. We must not be afraid to think. When we discover truth, we must not be afraid to yield to that truth.