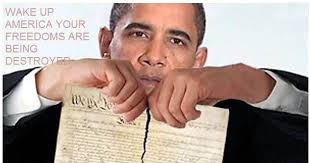 Recently, I wrote a briefly about a concern I had regarding a defense of the Second Amendment as a right to civilian ownership of firearms.[1] I received several messages and emails regarding conversation about the second amendment. What I did not receive, that I hoped to, were comments regarding matters of our Lord, Jesus Christ, and I fear that Western Christians are allowing political procedures, views and arguments steal their attention from the one thing that matters: God.

Do I think it is important for Christians to be involved in the politics of their homeland? Yes, but not to such a degree that they deny Christ in the process. There is an idea presented in scripture that I think Christians have forgotten about because they are only interested in having their own way. Look with me in scripture.

“Let every person be subject to the governing authorities. For there is no authority except from God, and those that exist have been instituted by God. Therefore whoever resists the authorities resists what God has appointed, and those who resist will incur judgment. For rulers are not a terror to good conduct, but to bad. Would you have no fear of the one who is in authority? Then do what is good, and you will receive his approval, for he is God’s servant for your good. But if you do wrong, be afraid, for he does not bear the sword in vain. For he is the servant of God, an avenger who carries out God’s wrath on the wrongdoer. Therefore one must be in subjection, not only to avoid God’s wrath but also for the sake of conscience. For because of this you also pay taxes, for the authorities are ministers of God, attending to this very thing. Pay to all what is owed to them: taxes to whom taxes are owed, revenue to whom revenue is owed, respect to whom respect is owed, honor to whom honor is owed.”[2]

One thing is clear. Submit to your worldly government because the only authority is from God. Often we ignore this passage in scripture because of the implications it could have. Are we just to accept everything a worldly government does? What if it goes directly against God? What if that government wants to limit our freedom of speech, or of religion, or of our liberty or our freedom to defend that liberty against tyranny? Do we still submit? There are many Christians who would declare, “No! We must hold our government accountable to God!” My question, then, is whether or not this view of our relation to government is Biblical. What did Paul mean when he commanded that every Christian be subject to the governing authority.

Paul, before he knew Christ, persecuted Christians and himself most likely hated the Roman government because of their oppression against the Jews. When he came to know Christ, he gained a worse position with the Roman authorities because the authorities actually considered the newly forming Christianity a threat to their own dominion in the area. After all, there was no King other than Caesar and there certainly was no incarnate God other than Caesar. Yet, Paul writes to people in Rome commanding them to be subject to a government that clearly oppressed them and even hated them for who they were.

Furthermore, even while Paul was imprisoned in Rome, he never, so far as we know, renounced his command here to the believers in Rome. Paul’s subjection included submitting to the punishments of his government. What it did not include was agreement with everything the government did. Paul spoke against this idea that Caesar was divine and he proclaimed God as king!

So the very first realization we can make is that it is not wrong to speak out when we do not agree with our government, but we must be willing to accept consequences for speaking out. We can also notice that Paul did not waste his time speaking strictly about matters of state, but instead spoke on matters that would advance God’s kingdom in the hearts and minds of men. So, if we, as Christians, must speak out against something, it should always be in the interest of advancing God’s kingdom, so that we do not get distracted by the liberties we think we need. As Christians, we look forward to a time when we will be completely free! On this earth, even if we must live in captivity, it would be worth it to share the Gospel of our Lord.

Preceding this passage, we witness an expose on living in harmony with others. Paul charges the believers in Rome to always live peaceably with others so long as it depends on them.[3] Directly following, we see Paul’s challenge for these believers not to owe anyone anything except for love.[4] Why do we submit to the actions of government? We submit so that we may live in harmony (so much as it depends on us) and so that we will not owe them anything. All this in the interest of sharing the Gospel of our Lord even in the context of worldly politics.

Furthermore, we must realized that God claims authority over our governing authorities. These authorities are held directly accountable to God and will answer for the decisions they make or the action they take. While we may be able to speak out against those decisions or actions, we do not have authority according to scripture to discipline our governing authorities. Only God has that authority and that power and we must trust Him to carry out justice in His timing. If we assume a responsibility to incur judgment onto our authorities, then we fail to trust God to hold those authorities accountable.

A brief look at the creation account[5] will reveal that mankind was given dominion over all of physical creation, except for other human beings. Men were not designed to be ruled over by other men and any form of government that has such a system does not fit with God’s created order. When we try and rule over that government, we are removing the created order to an even greater degree; again not trusting God and rebelling against His design. The fallen nature of humanity is such that mankind constantly wants to rule over itself. Any government where man is in charge will not do what is right most of the time. In these cases, we must remember that we are God’s ambassador’s, submitting to a foreign authority in order that the authority may know Christ and may submit to God. We wonder why the United States fails to act as a Christian nation, it is because God’s ambassador’s in the United States are focused more on Gun Control and homosexual marriage than they are with standing for Christ. We would rather see a verdict on Benghazi and Obama impeached than see others within this political system come to know Christ. This is a problem because we fail to submit as outlined in Romans 13. Because we fail to submit, we fail to advance the kingdom of Christ. Because we fail to advance Christ’s kingdom, this worldly government fails to become wiser in its decisions and practices.

How we should deal with human government

Some political fights are worth waging, but not at Christ’s expense. Always speak against injustice, but also always speak of Christ’s kingdom. Even when we don’t agree with or respect a decision made by the president, congress or the supreme court, we make peace with it in the interest of sharing the Gospel of our Lord. Perhaps we can speak against it, but never forsake Christ in order to do so.

Next year (2014) the individual mandate in Obamacare will take affect, alienating, once again, the unborn, the infants and the elderly from receiving proper medical care. This is one of the repercussions that the sweeping utilitarianism has. These individuals are considered to no longer be an asset or have not become an asset or benefit to society. Because of this and the fact that our government cannot afford them, these individuals will receive little to no health coverage. Will the church waste all of its time fighting the federal government and, in doing so, see the death of more infants and elderly, or will the Church submit, and use the opportunity to create a greater ministry: resolving to take care of the unborn, the infant and the elderly (as it is commissioned to do in scripture anyway). American Church, it is time to step up. Stop missing the point. Wage a war that matters.