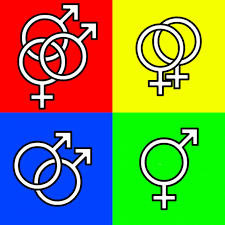 Throughout all of history there has been a separation between the way that the believer views certain ideals and the way that the unbeliever views those same ideals. Within their certain worldviews, there have always been disagreements even among like individuals as to the implications of these ideals. As such, I wanted to offer some questions and challenges concerning one of the greatest debates of our time, and that is on the definition of marriage and the implication various definitions might have.

Can we define marriage?

Defining marriage presents a problem for those who wish to place a definition on it. While some hold to an ideal of commitment, others want marriage on the basis of certain tax allowances given by the state. An important question that we must ask when defining marriage is why it even exists. Why is it that humanity feels a need to be married instead of simply settling with a level of cohabitation? What advantages does marriage actually give that it would ever be invented? What, other than tax allowance, actually distinguishes marriage from a simple commitment of one individual to another? It is unavoidable that we must admit marriage as an unintelligible and irrational invention within the context of humanity at all.

This, though, is simply in the context of humanity. If we were to introduce God into the equation (though it is God who wrote the equation), the definition of marriage becomes much easier to grasp. It must become a divine union of two individuals by God and must be a union that, then, honors God and adheres to God’s natural order. There is a certain morality, therefore, that is revealed within God’s design. As this concept of marriage is traced back throughout history, I believe we would find that its inception, if its inception could even be traced, would be found in the context of mankind’s relationship to God. Outside of this, the idea that marriage would have ever existed is nonsensical at best.

God and the world

My only question, then, is why? Is there any reason other than the tax allowances given by the state? Why does a world that rejects God (whether in word or deed) yearn so much for the things of God? The answer will not be found in some sort of natural science or in psychological studies. How can they when these things, being themselves pursuits of knowledge (which is of God) and being themselves subject to the described problem (that is being of the world but yearning for the things of God)? The answer can only exist in an answer given by God Himself.

“So when the woman saw that the tree was good for food, and that it was a delight to the eyes, and that the tree was to be desired to make one wise, she took of its fruit and ate, and she also gave some to her husband who was with her, and he ate. Then the eyes of both were opened, and they knew that they were naked. And they sewed fig leaves together and made themselves loincloths.”[1]

This is an account of the very first physical sin produced by mankind against God. God had commanded mankind not to eat from this tree, but man saw that it would be good to grant knowledge. Knowledge, which must be of God, was sought without God, separating mankind from God.

An issue deeper than homosexual marriage

I fear that the community under Christ has devoted so much time arguing against homosexual marriage that it has failed to address a deeper issue: the issue of mankind’s pride. As humankind, we have always tried to achieve the things of God without God. The issue of marriage is no different and is certainly nothing new. Sodom and Gomorrah come to mind. Rome comes to mind. Marriage, whether homosexual or heterosexual, is being strived for without God even though it is an ideal that comes directly from God. Thus, the heterosexual sins just as much as the homosexual when God’s ideal is pursued without God. This is the nature of sin and thus the nature of our redemption.

“The Lord God said to the serpent, Because you have done this, cursed are you above all livestock and above all beasts of the field; on your belly you shall go, and dust you shall eat all the days of your life. I will put enmity between you and the woman, and between your offspring and her offspring; he shall bruise your head, and you shall bruise his heel. To the woman he said, I will surely multiply your pain in childbearing; in pain you shall bring forth children. Your desire shall be for your husband, and he shall rule over you. And to Adam he said, Because you have listened to the voice of your wife and have eaten of the tree of which I commanded you, You shall not eat of it, cursed is the ground because of you; in pain you shall eat of it all the days of your life; thorns and thistles it shall bring forth for you; and you shall eat the plants of the field. By the sweat of your face you shall eat bread, till you return to the ground, for out of it you were taken; for you are dust, and to dust you shall return. The man called his wife’s name Eve, because she was the mother of all living. And the Lord God made for Adam and for his wife garments of skins and clothed them.”[2]

God restored mankind by supplying for him a covering for his shame and nakedness, but not before punishing him. Homosexuality is wrong whether we believe scripture or not. It is not a part of God’s created order and the pieces simply do not fit together. Even the naturalist must admit homosexuality works against the interest of humanity’s survival and, thus, would never be a product of evolution or of natural law. Beyond this, any marriage is wrong if pursued outside of God’s covenant act between two individuals. In many cases, heterosexuals sin just as much as homosexuals when considering the idea of marriage because the reason for marriage founds itself, not in God, but instead in the pride of humanity. God will punish His people for their wrongdoing.

We must never forget that God was willing to cover the shame of humanity and, through Jesus Christ, offers to restore individuals to Himself. Even though we choose not to rely on God, God still loves us. God is angry when we pursue any of His ideals without also pursuing Him. He is jealous for us. He desires us, each and every one of us. God desires the homosexual and the heterosexual alike. God desires the atheist and the Christian and the Buddhist and the Hindu and so on. God desires both man and woman, Jew and Gentile, king and peasant. God hates our sin, but he desires us. God desires to have a relationship with you! He loves you no matter what you’ve done.

Romans 10:9 states that if each of us confesses with our mouth that Jesus is Lord and believe in our hearts that God raised Him from the dead we will be saved. Christ Jesus paid the penalty for our sin, thus providing a way for us to be restored to God. We can pursue God instead of simply pursuing God’s ideals. So, the responsibility is yours, then. Will you confess Christ as your Lord? Will you believe in your heart that God raised Him from the dead?