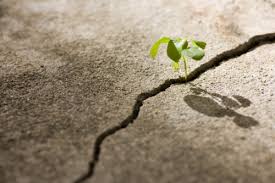 Consider these words, written by King Solomon in Proverbs, chapter 12 and verse 27, “A lazy man doesn’t roast his game, but to a diligent man, his wealth is precious.”[1] These words imply that a lazy man chooses not to provide for himself, wastes resources and acts without purpose while a man who is not lazy gains a wealth that he works for and the fruit of his labor is precious. As we think together, I would like for us to ask ourselves whether or not we are self sufficient, whether or not we use resources wisely rather than wasting them or using them in excess, and I would like for us to consider what self sufficiency and stewardship have to do with the Gospel of our Lord, Jesus Christ.

“For I will create a new heaven and a new earth; the past events will not be remembered or come to mind. Then be glad and rejoice forever in what I am creating; for I will create Jerusalem to be a joy and its people to be a delight. I will rejoice in Jerusalem and be glad in My people. The sound of weeping and crying will no longer be heard in her. In her, a nursing infant will no longer live only a few days, or an old man not live out his days. Indeed, the youth will die at a hundred years, and the one who misses a hundred years will be cursed. People will build houses and live in them; they will plant vineyards and eat their fruit. They will not build and others live in them; they will not plant and others eat. For My peoples lives will be like the lifetime of a tree. My chosen ones will fully enjoy the work of their hands. They will not labor without success or bear children destined for disaster, for they will be a people blessed by the Lord along with their descendants. Even before they call, I will answer; while they are still speaking, I will hear. The wolf and the lamb will feed together, and the lion will eat straw like the ox, but the serpents food will be dust! They will not do what is evil or destroy on My entire holy mountain, says the Lord.”[2]

Being God’s image means that we are self-sufficient

The period of time we are looking at is not yet humanity’s eternal existence with God because, as you read, there will be death. This fact causes us to assume that Isaiah is prophesying about a point in time before our eternal and perfect existence with God when God is obviously ruling in specifically one city on the earth. This causes me to think that this is Isaiah’s prophecy of the millennial kingdom described in Revelation chapter 20.[3] Nervertheless, because God is raining directly we can see this way of life, the practice of providing for one’s self, as a desire that God has for humanity, and has had from the beginning because God does not change.[4]

As we all might recall, there is a story where God creates this entire world. Out of the resources He created, God formed all things, including mankind and He created mankind in His image giving him dominion over the earth.[5] Mankind was to work the ground and take care of God’s garden and His animals. It was not until mankind relied on something other than God, namely the serpent, that he fell from God.[6] This draws out three very important points for us: 1) God designed us to be self-sufficient and that self-sufficiency glorifies Him because it reveals Him, 2) Our independence from others allows to rely on God, and 3) We should strive to enable other people to be self-sufficient. Self-sufficiency, then, does not mean we cease trusting in or relying on God. Self-sufficiency allows us to depend more greatly on God, which is about the only dependency I am okay with anyway.

As we observe society around us, we see proof in a world that is moving further and further away from God simply in the fact that people are not willing to provide for themselves. The existence of food stamps, Obamacare and Obamaphones means that the people in this country refuse to be self-sufficient and that our current government does not want people to be self-sufficient. With out this, we cannot be God’s image.

Self-sufficiency does not mean that we abandon community, instead it enhances the community and the Church, enabling it to take care of the orphans and the widows and empowering it to advance the Kingdom of Christ in the hearts and minds of men. So, the very first challenge presented is for each one of us to become more self-sufficient so that we can trust in God to a greater degree.

Being God’s image means that we are good stewards

The need for individuals to become more self-sufficient also highlights, then, a need for certain discernment when it comes to using the resources that God has provided for us. It should go without saying that the resources we are given should not be exhausted because God has created them to renew. Even in the beginning, God did not exhaust His own resources, but instead created a humanity whose job was to work the ground and to manage the resources that God created. Being a good steward of the resources that God has given allows us to be God’s image because we neither use all resources or abstain from using resources at all. We do not kill without eating and we do not keep all of God’s natural resources to ourselves, but we use as we need. “A lazy man doesn’t roast his game, but to a diligent man, his wealth is precious.”[7]

In being self-sufficient and in being a good steward, then, we can be God’s image in a nation that relies entirely on a human government for provision. We do this, and we live beyond reproach, and we will, by our action, challenge a welfare dependant people to become self-sufficient and enable them to see God rather than human government as the one true and trustworthy provider. This being said, there will always be people on this current earth who simply cannot provide for themselves and for their families. The Church must resolve to help those people, helping them to become independent so that they can become more dependant on God.

I will conclude with one simple story. In the beginning God created the heavens and the earth and on the earth He created mankind in His image. At this time mankind was entirely dependant on God and not on each other or on self. God gave mankind one command, that he should not eat from the tree of the knowledge of good and evil. The serpent came to man, and challenged him, telling him that God did not want him to eat of the tree of knowledge because God did not want mankind to be like Him, knowing both good and evil. Mankind saw that the fruit from the tree was pleasing to the eye and desirable for gaining wisdom, so he took of its fruit and ate. From this point on, mankind has depended on himself and on his fellow man. Later, God sent His Son, Jesus Christ, to restore humanity  to dependence on God rather than on man, to forgive them of their sin and to offer freedom. That gift is available to all men. According to Romans, chapter 10 and verse 9, if anyone confesses with his mouth that Jesus is Lord and believes in his heart that God raised Him from the dead he will be saved. It is time for us to all submit to something greater than ourselves and greater than our fellow man.