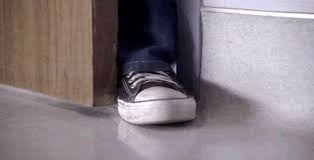 In 2007, the Francis A. Schaeffer Institute of Church Leadership Development (FASICLD)reported that “Of the one thousand fifty (1,050 or 100%) pastors we surveyed, every one of them had a close associate or seminary buddy who had left the ministry because of burnout, conflict in their church, or from a moral failure.”[1]

I am currently in my second year of Seminary, but I did attend four years at Oklahoma Baptist University where I achieved an undergraduate degree in applied ministry. I am about to turn 24 and I have been ‘in the ministry’[2] now for 4.5 years including the time I spent as a worship leader. I have seen the way many churches operate. I have seen some of my close friends leave the ministry. I have myself considered leaving the ministry.

Ministry is the most difficult vocation any person could have. If it is not a vocation, it is the most difficult volunteer work to which any person could ever commit himself. I have worked in the secular industry (and still do to support my ministry) and, many times, it is just easier than the work I have done in the local church.  Ministers have forsaken positions given to them for many reasons. Some left on the basis of their own moral failure or the dysfunction of their own families. Some were simply burnt out on doing ministry. Some left because they experienced too much contention within their church, and I am sure that other reasons could be stated. What is a surprise to me is that two of the three reasons cited by FASICLDhad little or nothing to do with the personal life of the minister or had little or no correlation to a specific decision made by the minister who left the ministry. My question, then, is how can the Church, in order to keep good ministers of the Gospel, not cause these ministers to become burnt out with ministry or to lessen the amount of conflict they experience?

I have a strange feeling, both based on my own experience and based on what I have heard and read from others, that the answer to this question finds itself in both the congregation of the local body and in how the church leadership treats its own ministers.

My church recently elected deacons and my pastor spent a few weeks reading over both the qualifications for deacons and the reason that deacons were elected in the early church. A deacon, by definition, is a servant of the church. He is someone who performs a service within the church so that the pastor, or pastors, can focus on the ministry of the word.

“In those days, as the number of the disciples was multiplying, there arose a complaint by the Hellenistic Jews against the Hebraic Jews that their widows were being overlooked in the daily distribution. Then the Twelve summoned the whole company of the disciples and said, ‘It would not be right for us to give up preaching about God to handle financial matters. Therefore, brothers, select from among you seven men of good reputation, full of the Spirit and wisdom, whom we can appoint to this duty. But we will devote ourselves to prayer and to the preaching ministry.’ The proposal pleased the whole company. So they chose Stephen, a man full of faith and the Holy Spirit, and Philip, Prochorus, Nicanor, Timon, Parmenas, and Nicolaus, a proselyte from Antioch. They had them stand before the apostles, who prayed and laid their hands on them. So the preaching about God flourished, the number of the disciples in Jerusalem multiplied greatly, and a large group of priests became obedient to the faith.”[3]

First of all, we notice that the congregation and the community connected to the congregation of the church had specific needs. Here, there were a group of Greek Jews whose widows were being ignored, probably accidentally, by the ministry of the church. In our churches it may be that widows are being ignored or it may be that singles, young adults, youth, elderly, children or even college students are being ignored. Either they are in the church and feel unincluded (not likely) or they will not become part of a local church because the church offers nothing for them. In the above passage, the church filled the need by electing individuals from within the church to oversee or to direct (minister in service to) the needs of the Grecian widows.

Churches today hire College Ministry Directors, Ministers to Children, Youth Pastors and so on to fill these needs. It pleased the Jerusalem Church in Acts to have these ministers elected and to have them cater to the needs of the congregation and of the community. Because we see this directly in scripture, our congregations today have a great responsibility: the weight of church ministry (both within the church and within the community surrounding the church) cannot be placed solely on the Pastor of the church.

I have seen friends of mine leave churches, though, not because the congregation was difficult to deal with, but because they were under the authority of who they described as an overbearing, manipulative and controlling pastor. For instance, I had a friend in Shawnee, Oklahoma who worked at a church where the pastor was doing away with every ministry that he did not lead so that he could “save money for the church” all while demanding a raise for himself. This pastor was overbearing because he did not want there to exist any minister in the church other than himself.

Many times, though, the problem is not so obvious and church leadership unknowingly makes the lives of their fellow ministers more difficult by acting in certain ways. This problem mainly occurs when ministers do not trust others to do the ministry that they have been given. An example of this might be a college minister who is not even trusted to plan college events or services in the church. I wonder, in this case, why would the church even call ministers when they are not trusted with the work of those ministries? Many times this lack of trust comes not from the congregation, but from those in authority (whether that be a church committee or the pastor himself).

Acts 6 describes such a plan that enabled the apostles not to be cumbered by the details of every ministry within the church so that they could focus specifically on the ministry of the word. This type of trust in the ministry allows the local church to do so much more than just one person can accomplish. When we fail to trust our fellow ministers, we are essentially saying that all of the ministries of the church are about us. This is simply a bad philosophy for any minister to endorse.

My desire is to see each local church flourish. In fact, each local church must flourish in order that the population might be reached with the Gospel of Christ. The pastor’s ministry will not flourish if he must bear the weight of all ministries. The ministry of other ministers within the church will not flourish so long as they are not trusted by the congregation and by other ministers within the church. The same is true about local churches who are not trusted to do ministry by regional, state or national conventions or associations. Therein is the challenge from scripture. Pastors, do not be afraid to trust those under you in the ministry. Other ministers, we must not be afraid to trust those under us in the ministry. Congregations, we must trust those who have been given authority in the church to do the ministries that they have been entrusted with.

People will not be perfect. Accountability is important. Trust enables the ministries of the church to flourish and allows those outside of the local church to be reached with the Gospel of Christ. Anything less is unacceptable.

If you are one of the ministers who is thinking of quitting the ministry, you may be one of the ministers who is not trusted when you should be. I want to encourage you to hang in there. If you are not free to do ministry where you are, perhaps God has another place for you. What I do know is that there are not enough workers to do the work that God has for us to do. You must not surrender to burnout or to conflict. As much as it depends on you, live at peace with everyone. Serve as much as you are allowed to serve. God always has a reason for placing you where He has placed you. You are certainly not alone.

[2] All Christians are called to be ministers of the Gospel. Here, I refer specifically to positional ministry at a local church.