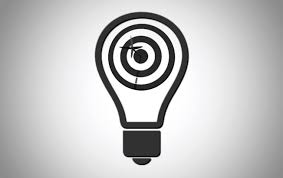 C.S. Lewis once argued that “Creatures are not born with desires unless satisfaction for those desires exists.”[1] Peter Kreeft formatted the argument thusly:[2]

While there have been unsatisfactory arguments made to state otherwise, I would just like to ask a few questions concerning human purpose and desire.

Even according to more naturalistic viewpoints, the thought that every innate desire will exist only as a satisfaction for that desire exists is not a far fetched idea. For, even according to naturalistic worldviews, desires are produced in species through evolution and natural selection ensures that only worthwhile desires continue to exist. In fact, it seems as if desire would not exist at all if there were not a satisfaction for that desire already in existence. It seems that satisfaction for desires precedes the desire itself. Innate desires within humanity, then, are satisfied by a reality that preceded even human existence.

Furthermore, it does not seem as though any desire could possibly be developed or exist without a prior satisfaction for that desire actually existing. For there would be no reason that a desire should develop unless there was a way for that desire to be fulfilled. Whether a person is more naturalistic or more spiritual, it is probably more reasonable to believe that satisfaction for certain desires precede the desires themselves.

To place it simply, there cannot be any effect unless a cause first precedes it. The development of desires seem to be caused by preexisting satisfaction.

There does seem to exist a desire for purpose within the individual. The human mind desires to live for some reason rather than simply being content with existing. If this is true, then it seems as though there would already exist a purpose that could fulfill that human desire. There are many who believe that people create their own purpose or define their own fulfillment. This idea ultimately fails because if  mankind must define his own purpose or fulfillment, then the desire for purpose arose without any cause. Thus, it seems that the desire for purpose would not exist unless there was a purpose prior to the existence of a desire for purpose. Purpose, then, if it is to be achieved, is to be discovered in something not invented by man. Nothing else would satisfy that desire.

Actual purpose, if the above statements are true, is then found in what already exists and is not invented by man. If purpose already exists, then in order to live a meaningful life, we must ask what that purpose is. Some say that purpose is found in honoring God. I myself think that honoring God is the only valid answer to such a question and I believe that to try and find purpose in any other pursuit is to actually try and invent purpose for one’s self (which cannot satisfy the human desire for purpose).

“’Absolute futility’, says the Teacher. ‘Everything is futile.’ In addition to the Teacher being a wise man, he constantly taught the people knowledge; he weighed, explored, and arranged many proverbs. The Teacher sought to find delightful sayings and write words of truth accurately. The sayings of the wise are like goads, and those from masters of collections are like firmly embedded nails. The sayings are given by one Shepherd. But beyond these, my son, be warned: there is no end to the making of many books, and much study wearies the body. When all has been heard, the conclusion of the matter is: fear God and keep His commands, because this is for all humanity. For God will bring every act to judgment, including every hidden thing, whether good or evil.”[3]