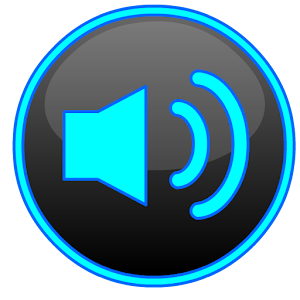 This question is one that seems to haunt everyone I know who has a relationship with Christ. Of course, following Christ means that we do what He leads us to do. Sometimes, though, it is difficult to know exactly what God wants in any given situation or even concerning major life changes.

I have been in situations where I have heard God speak almost audibly, where He has orchestrated certain events that would never be possible without His direct intervention, where I have been so compelled by a verse of scripture or even a dream toward some action. I have seen prophecy fulfilled and I have been moved unequivocally to complete silence just so that I may know God’s direction. But, as I am speaking to most Christians, the reality is, most people find it difficult to hear God’s voice or to know God’s direction for their lives. Even with all of these experiences, I find myself constantly questioning myself and praying that I am doing God’s will in any given circumstance. How is it, though, that mere people can know what God has for them? How can you know what God has for you or what God wants from you today? In his letter to the believers in Rome, Paul even admits that God is unsearchable and His ways untraceable:

“Oh, the depth of the riches both of the wisdom and the knowledge of God! How unsearchable His judgments and untraceable His ways! For who has known the mind of the Lord? Or who has been His counselor? Or who has ever first given to Him, and has to be repaid? For from Him and through Him and to Him are all things. To Him be the glory forever. Amen. Therefore, brothers, by the mercies of God, I urge you to present your bodies as a living sacrifice, holy and pleasing to God; this is your spiritual worship. Do not be conformed to this age, but be transformed by the renewing of your mind, so that you may discern what is the good, pleasing, and perfect will of God.”[1]

Let it be known that God is above man. He is holy. His knowledge cannot be measured and His existence cannot be limited by our perception. As people, we tend to think that there is a problem when we cannot hear God or when we cannot immediately discern God’s plan for us. When we do not understand God and when we do not feel or see God most of us tend to think that we cannot hear, see or feel Him because of our iniquities. What we must realize is that our iniquities are not enough to limit a holy God because He is not bound by us in any respect. If we claim that our iniquities can somehow limit God, then we claim that God is bound by our tendencies or iniquities or beliefs. This simply cannot be the case.

Let me take this opportunity to issue a very serious warning to God’s Church. If anyone claims to know immediately the will of God because of some direct line of communication, let each word be compared to the word of God. Some very false and dangerous doctrine and belief systems have emerged because people have lied, claiming a prophetic ear just so their philosophies would become more widespread. I have some very good friends who are Muslim, Mormon and Buddhist, but these are worldviews that are built on a single prophetic voice that was claimed by a single person. Someone who claims to both search God’s judgment and trace His ways should be questioned, for who can actually know God’s ways? He is holy and unsearchable![2]

Another warning I might offer is a warning to those who are in authority in God’s Church. First of all, men should never bear absolute authority because to bear absolute authority over any portion of God’s church is to claim that God’s ways and judgments can be traced by one man. God’s ways cannot be traced at all! God cannot be profiled. God will reveal his plan to who He desires exactly when He desires to do so. When one person is in utter control within God’s Church, then the only part of God’s plan that will be experienced is the part of the plan that was revealed to that person of authority. If God has revealed part of His plan to anyone else within the Church or has called someone else to perform some sort of service, it will not be experienced because there is one person determining God’s will for the Church. Needless to say, this is a dangerous place to be.

For those who may be in a position of authority, be careful not to adopt a philosophy that places you in utter control. All of those under you will miss out on actually being able to serve beneficially in the Kingdom and you will be forced to replace God’s will with your own because God has revealed part of His plan to someone other than you and you will not give up control. To put things simply. Beware control freaks in God’s Kingdom. The more control we take for ourselves is the more control we try and take from God and the lesser power God chooses to give to us.

I lived in Oklahoma City when I graduated from the university and was thinking about what graduate program I wanted to pursue. There were a couple schools I was considering and Southeastern Baptist Theological Seminary in Wake Forest, North Carolina was on the list but it was not high on the list. After much prayer and deliberation and searching for some sign or some answer from God it came time for my wife and I to move. At this point Southeastern had become my first choice but I was not sure that it was what God wanted. I thought it was, but I was not sure. My wife and I moved to Wake Forest and it was not until sometime later that we were sure it was what God wanted.

The good news for those who do not hear directly from God in a specific circumstance, even if that circumstance may be life-altering, is that when we do not hear directly from God or receive a specific instruction or sign; it is not because there is some sort of great sin in the way or because we for some reason do not have enough faith. God is unsearchable! If we do not know His plan or do not hear Him on many occasions, it is because He is greater than we are! We should take comfort in the fact that we cannot always understand God because if we could, then we would be greater than God and He would not be God. It is good when faithful men cannot hear God directly. We can worship Him for His greatness!

If God is unsearchable and if He does not reveal His will to us, how can we know what He wants us to do? I would like to take this time to suggest that perhaps we are asking the wrong question. We can know what God desires by looking to scripture. God reveals parts of His plan to us as He pleases. The instructions that we receive are simpler than having to know God’s will:

“Therefore, brothers, by the mercies of God, I urge you to present your bodies as a living sacrifice, holy and pleasing to God; this is your spiritual worship. Do not be conformed to this age, but be transformed by the renewing of your mind, so that you may discern what is the good, pleasing, and perfect will of God.”[3]

Our bodies are God’s instruments to use. When God gives us a clear look at what He wants us to do, we simply do it. We offer ourselves in worship and abstain from passions, actions, thoughts and beliefs that do not honor God. This is how we worship God with our lives! We do not conform to culture or popular thought or religion. Instead, we devote ourselves to constantly learning and thinking and growing in our relationship with God. We constantly study scripture and learn the thoughts of others. We take in science and history and we read what others have to say. Most importantly, we let new information change us and bring us closer to God. When we do these things, we essentially are being equipped to discern what is the good, pleasing and perfect will of God. God literally gave us the ability to reason for a reason. We can always ask ourselves, “Which decision here honors God?” In fact, I might argue that this is the most important question we can ask throughout our lives in relationship with Christ. When we find ourselves needing to know God’s will, we become the control freak who tries to put limits on God’s level of control. This will never benefit the Kingdom or the individual. When we work to discern what God’s will is, not only do we become more godly and grow closer to God, but those around us get to take part in the discernment process and also become more godly and grow closer to God. Not only do we benefit by becoming a greater image of God, but those around us also become a greater image of God!

Let us discern together!

Let us do what God has called us to do!

Let us enable others who have been called by God to do something awesome!

Let us trust God with the details!

Let us be free from the urge to control others or to control God himself. It cannot be done!

[2] It should be understood that the Prophets in scripture were always confirmed by historical events and in the remainder of scripture. Prophets received a direct word from God and people probably still receive direct words from God today. The claim is not that these accounts are wrong. The warning is that these words should be taken carefully and considered in light of scripture. Not all accounts will be true for there are those who abuse the naivety and gullibility of people to accomplish their own ends. There are also those who simply want to share what God has given them.