I stepped into the room, eager to take care of the city’s business. When I saw the name of the man giving the invocation on the agenda, I was quite surprised. The man was a known activist for the cause of atheism, and I wondered what business he had praying at a town meeting.

My initial thoughts, as the neo-atheist took the stand to give an invocation, revolved around what it meant to actually give an invocation. The Christian invokes a higher intelligence in God so that there might be a guidance beyond human wisdom within the meeting; enabling purposes to be accomplished above and beyond what he might currently perceive. Just the thought of an atheist, or one who denounces any form of deity, trying to invoke something greater than himself seemed odd. According to his own belief, no invocation could even be made; yet I watched as he made his appeal: knowing fully well that merely his invocation would fail to accomplish the goal of invoking anything other than reactions from those in the room and around the world. Clearly there was no other goal than self-exposure: meaning that it is unlikely that this man considered anyone else at all. Now that I think of it, such is the case with many social activists. They accomplish no other goal than becoming noticed.

Nevertheless, the man proceeded with his first words,

“Our collective atheism — which is to say, loving empathy, scientific evidence, and critical thinking — leads us to believe that we can create a better, more equal community without religious divisions.”

I cringed as, in his very statement, the man necessarily created religious division by proclaiming his own system of beliefs as superior to other belief systems. Here was a man who was waging a war of perspective while also claiming the ability to create a community without religious division. While creating this division, he seemed to also claim a loving empathy about himself and to glorify the ability of the atheist to think critically. I am skeptical of these notions. If the man had any sort of loving empathy, he might have considered other viewpoints as well as his own. If he had considered critically his action, he would not have claimed the ability to create a community without religious divisions. One cannot even hope to proclaim meaningful truth if from the beginning, he contradicts even his own system of belief and thought on a subject. From the very beginning, this man most likely hurt the cause of neo-atheism.

The man paused and took a nervous breath, then continued in his foolish pursuit:

“May we pray together. Mother Earth, we gather today in your redeeming and glorious presence, to invoke your eternal guidance in the universe, the original Creator of all things.”

This statement, too, surprised me, even from the mouth of an atheist who, quite clearly, believed himself to be acting as a satirical agent of some sort. In his opening phrase, he claimed the quality of trusting in scientific evidence. I may not be clear on what he interprets to be ‘scientific’, but I am certain that not even popular science postulates that the universe is the original creator of all. Instead it holds that the universe is not static, or that it had a beginning and will end; even if opinions differ on the mode of creation or annihilation. This being the case, both the universe and the earth would necessarily be a part of the holistic creation, not its ultimate cause. I’m not aware of any well established model that scientifically claims to have either proven or disproven any origin for the created order. A reliance upon science would admit that an ultimate cause, if it can be discovered by the scientific method, has not been discovered yet. Of course, if this man made this admission, he would not be an atheist, and most certainly would not be an activist in the favor of atheism. It seems, even by his own statements, that his faith is just as blind as he most likely believes the faith of other belief systems to be.

Moreso, this invocation became painful to bare, not because of his stance on religion, but instead because he had no character and clearly failed to consider his own speech before uttering the very first words. I have to admit that I did zone out as I was thinking upon this man’s renderings. When I tuned back in, he was closing his… revocation:

“And finally, for the bounty of logic, reason, and science, we simply thank the atheists, agnostics, Humanists, who now account for 1 in 5 Americans, and [are] growing rapidly. In closing, let us, above all, love one another, not to obtain mythical rewards for ourselves now, hereafter, or based on superstitious threats of eternal damnation, but rather, embrace secular-based principles of morality — and do good for goodness’ sake.

I was not shocked that this man’s invocation became about making religious statements rather than seeking help from the only all-knowing God. He thanked secular society for the bounty of logic, reason and science; such a bounty that was clearly reflected in his very own monologue. In fact, I am surprised that the number of people who reflect this same level of critical thought remains at one in five. Perhaps this is evidence of the fallen level of reason described in Genesis 3, or perhaps it is evidence of de-evolution. The atheist’s monologue seems to show a lacking of love for the speaker’s neighbor and the danger of seeking a reward on this earth rather than rewards in heaven. 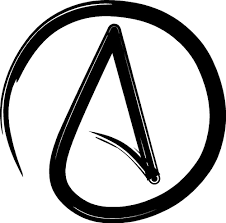 I listened as, within his speech, he advocated in favor of secular based principles of morality when it is questionable that such secular principles can even be defined universally or that such principles can even exist without the invocation of the existence of an original moral standard. In fact, it is unlikely that goodness can even be mentioned without the existence of an actual, universal moral standard. In his speech, this atheist has made the implicit claim that it is more reasonable, then, to believe in a moral standard, a standard for loving empathy, a standard by which truth can be discovered, a standard for correct thought, a standard for correct belief, an ideal community without division, a standard for the uses of logic and reason and science and, finally, a standard and value of love. It seems that the atheist, implicitly, affirms and believes the claims that the Bible makes concerning reality and concerning ideals, even if he contradicts himself by denying God. The show, with which he tried to divert attention from God and to himself, has succeeded in reaffirming my conviction that the God of the Bible is the standard for all of these things and, indeed, the creator of all.

The greatest part of this news, is that, if his proclamation has led to a correct reaffirmation in my own thought, there is still hope for the atheist; for with God, all things are possible. Even the return of those who have forsaken good reason and good logic to the only reasonable standard for both: That is the only, holy and distinguished God of whom the Bible speaks.

[1] See the full story from the atheist perspective at <http://www.patheos.com/blogs/friendlyatheist/2014/12/05/in-lake-worth-florida-an-atheists-invocation-offered-thanks-to-allah-zeus-satan-buddha-krishna-and-thor/#ixzz3Lzh7AkCY>

*These thoughts are presented within the context of a fictional scenario. The author was not present in the room during Preston Smith’s Invocation