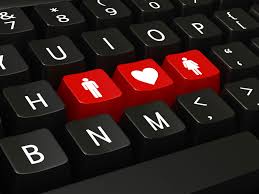 I want to take a moment and observe dating culture in the western world.

Considering these observations, I am not sure that I would ever recommend the practice of dating to anyone; at least as it is popularly understood. As far as we can deduce, it seems that the practice of dating may be one of the contributing factors to many of the growing problems we have in the western world.

Then the Lord God said, “It is not good for the man to be alone. I will make a helper as his complement.” So the Lord God formed out of the ground every wild animal and every bird of the sky, and brought each to the man to see what he would call it. And whatever the man called a living creature, that was its name. The man gave names to all the livestock, to the birds of the sky, and to every wild animal; but for the man no helper was found as his complement. So the Lord God caused a deep sleep to come over the man, and he slept. God took one of his ribs and closed the flesh at that place. Then the Lord God made the rib He had taken from the man into a woman and brought her to the man. And the man said:

This one, at last, is bone of my bone

and flesh of my flesh;

this one will be called “woman,”

for she was taken from man.

This is why a man leaves his father and mother and bonds with his wife, and they become one flesh. Both the man and his wife were naked, yet felt no shame.[3]

People were not designed to be single

By God’s own words, it was not good that man was alone. He was designed to have a helper who was a compliment to him. We seem to glorify the single life in the west today and even more so as we consider dating culture. The “single” status means that one person is not bound to a certain relationship. Since it is not good for a person to be alone, there is a certain responsibility on our part to pursue a lifelong partner (though we should be wise in doing this). Scripture does not specify how we should go about finding our significant other, so ‘dating’ according to a certain set of guidelines may be a legitimate means by which we can find the one that God designed as our complimentary helper.[4]

God required that Adam search and search for a suitable helper. When one was not found among all of God’s creation, God made a helper specifically suitable for Adam. Here there are a few implications that are highlighted for us:

When Adam met Eve, His wife by God’s design, he made the declaration:

This one, at last, is bone of my bone

and flesh of my flesh;

this one will be called “woman,”

for she was taken from man.

They became one flesh. The becoming of one flesh happens at commitment, not at the moment of sexual intimacy. There is something that takes place in us when we commit ourselves exclusively to another person. This itself is an intimacy that was designed for marriage, because marriage is a lifelong commitment. God designed marriage without designing a way for people to date. Instead He gave people a way to search for a suitable helper.

What if God never reveals the “one”?

Because of sin and because of the Fall, there is death and pain and suffering. God’s ideal for existence is not fulfilled in the world today. Each one of us must wrestle with the possibility that God’s ideal helpmate for us simply is not here. If this is the case, it may be better for us to remain single than to enter into a relationship that is not God’s ideal. Honoring God means more than self-satisfaction. Remember that the apostle Paul was unmarried and saw it as a good thing for all who were unmarried to remain that way.[5] God’s plan should take precedence over everything else in our lives.